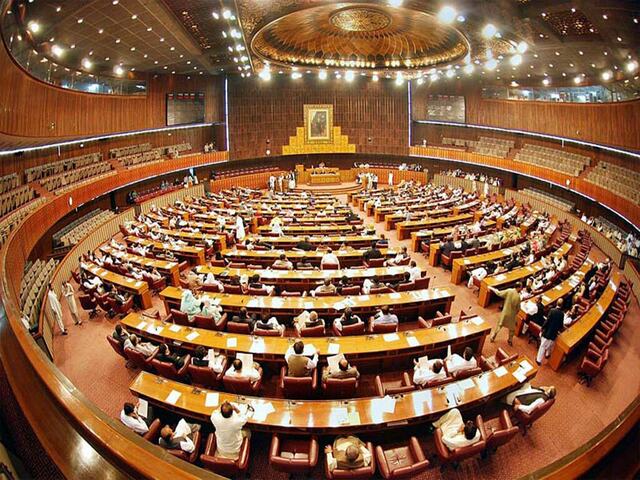 ISLAMABAD: A parliamentary panel on Wednesday recommended Rs 32.235 billion for 62 projects of the Ministry of Information Technology and Telecommunications and its affiliated organizations under the Public Sector Development Program (PSDP) for 2022-23.

The National Assembly’s Standing Committee on Information Technology and Telecommunications met Ali Khan Jadoon at the presidency on Wednesday, where senior ministry officials briefed on ongoing and proposed development projects.

Colonel Muhammad Saadi Manzoor Rana, SCO HQ Development Director, briefed the committee on the PSDP projects. The SCO requested Rs 418.451 million for the construction of a data center to provide cloud-based services in AJK and GB, Rs 1.22 billion for the expansion of cellular services in towns and villages across the ‘AJK and GB, 708.64 million rupees for the protection and upgrading of the Pak-China Phase-I OFC project for the establishment of AJK and GB cross-border connectivity projects and Rs1.168 billion for the upgrade of the transmission network and replacement of the fiber optic cable in AJ&K and GB. The SCO manager informed the committee that the organization intends to launch S-paisa in AJK and GB.

The committee endorsed the proposals of the SCO PSPD, while describing it as crucial for the development of the region.

The ministry has requested Rs 572.80 million for the implementation of the smart office project in the federal ministries. While 95 million rupees were demanded for the “One Patient One ID” in the federal capital.

In addition, an amount of Rs 1,950 million has been requested for an effective e-Parliament project. The MoITT official said that the first phase of the Effective Cyber ​​Parliament will be completed by January 2023. He added that this system would automate the procedure of participating and voting in parliament. It will also make the deliberations of parliament paperless, which matches the style followed in cabinet meetings.

MoITT has further demanded Rs 473 million for setting up 25 Software Parks in Phase I. by EXIM Bank of Korea. Construction is expected to be completed by June 2024.

The ministry has also requested Rs 274 million for the Rhyme Analysis and Smart Policing project, as well as Rs 1,922 million for the Cyber ​​Security for Digital Pakistan project.

Minister of Information Technology and Telecommunications, Syed Aminul Haque, said 40 ministries had become paperless thanks to the efforts of MoITT. He also disclosed that the IT export target was set at $3.5 billion; however, the ministry was striving to increase exports to $6 billion by 2023.

Senior officials from the National Information and Technology Board (NITB) gave a comprehensive briefing to the committee regarding a project to digitize patients’ medical histories.

NITB officials said they are working on the “One Patient One ID” project on the recommendation of the Ministry of National Health Services Regulation and Coordination.

They had started the infrastructure works for the project after receiving formal approval from the Ministry of Planning, Development and Special Initiatives.

Its software has been successfully developed and its testing is in the final stages.

The project is estimated at a total cost of 90 million rupees. When complete, One Patient One ID will save patients from having to check in again and again at hospitals before each exam, saving them crucial time wasted in this process.

All hospitals will be interconnected under the project and their management will be able to easily view details including medical history of patients within seconds using a unique ID.

Regardless of the benefits of the project, the Standing Committee members said that the NITB should have sought permission from the Ministry of Computing before starting the project. NITB officials said they would halt work on launching the project and consult with the Planning Ministry on whether to continue the project or abandon it altogether.