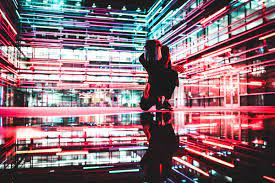 Developing information technologies: a blessing or a curse?

Proponents and opponents of technological innovation discuss the pros and cons of expanded technological advancement on the global stage. From hunter-gatherer societies to today’s post-capitalist societies; the art that has unquestionable progress for humanity is the art of technology and change. Technological change provides the economic basis and societal revolution in general. Regardless of the unprecedented changes in the facets of communications, its expansion could turn into cyber warfare, data privacy rights, political malice and a threat to democracy.

Discuss reverse logic first; there is no doubt that expanded information technology has revolutionized the healthcare industry across the globe. Nigerians can connect to New York for medical consultations with little effort. It has changed the paradigm of the health sector with potential phases. Secondly, in the political domain, the concept of e-governance has developed. Automation and information technology can be used to collect data records and statistics to develop new and effective policies for the public using evidence-based policies. Apart from the robust socio-economic and socio-political changes in the structure of society, information technology has posed a major setback to the overall growth of society.

The threat to individual liberty due to mass surveillance is circulating everywhere with the advent of excessive computing. People have lost true independence and the freedom to choose and decide for themselves. Google and the media giants replaced autonomy. The cannibalization of jobs is also a melting point with the advent of information technology. Human cognitive abilities are overtaken by artificial intelligence. Inequality is one of the deadliest problems caused by the expansion of information technology; the flow of information technology has driven income from the south to Silicon Valley. All the data in the world belongs to a tiny minority, which is problematic. A small data elite can capture the entire world with just a few clicks. Autocratic corporate ownership of data can pose a major threat to the independence and rational decision-making of individual and collective states. Earlier economic inequality was less powerful than later data inequalities between North and South.

Democracy, which relies on the trust factor, is plagued by cyberattacks and misinformation. Public opinion is designed in companies where the analysis of public behavior through different apps like Candy Crush can be used to mold and shape their opinions about the preferred leader. The democracy that dominates the general will is compromised by fabricated consent. Boot camps and big data lobbying have personalized wishes and preferences to make political campaigns to vote and win favored members.

Manipulated biases are vindicated by the echo chamber announcing all biases and biases of humans to confirm their biases for political agendas. Democracy is replaced by populism due to the expansion of information technology.

Advances in technology present significant opportunities for the progress and advancement of human beings from nuclear deterrence to communication. But the long-term negative consequences are many, which has proven modern technology to be a curse rather than a boon. It is high time across the world to reconsider the ethical side and the controlled expansion of information technologies before they become an uncontrollable fact for the survival and sustainability of human beings in the 21st century. The balance between expanded technology and human growth must be discerned in contemporary times.

The other side of democracy is based on communication. It is the improvement of communication in society that has established democratic governance in different parts of the world, but over time, the dysfunction of communication due to a matrix of misinformation can halt the global growth and sustainability of the democracy.

Yuval Noah Hariri argued that the greatest threat to the working class is not exploitation but irrelevance in the 21st century. In the past, technology could not replace human intellectual abilities, but artificial intelligence can eclipse the cognitive skills of human beings. These cognitive skills were particular human traits that allowed them to rise to senior positions in companies and corporations, but expanded modern technology has outnumbered this particular trait. Now robots and automated machines can do a better job of hiring and recruiting than humans. Because of this, humans have become useless with the cannibalization of jobs.

Every decision is made by algorithms that are amoral. Google has preferences and likes and dislikes mechanisms for humans. It is a great moral dilemma that expanded technology poses for human authority and autonomy. The unique decision-making of humans is replaced by technology-based decision-making powers. The scope for independent thought has diminished in the 21st century. Researchers argue that Google’s ultimate goal is to outsource every human decision to Google.

Thanks to the expansion of technology, multinationals and corporations are becoming stronger and more sovereign than entire states. For example, Apple’s market value in 2021 was $2274.34 billion and Microsoft’s net worth was $1988.67 billion, respectively a quarter and a third of the total GDP of any country in the world. ‘Asia. Digital elites have become superhumans, posing a global threat to governance in third world countries. Big business owners can sabotage and challenge the governance of any small country for the collective goodwill of their businesses. State sovereignty has been diluted and superseded due to the more powerful Leviathan traits of big data corporations.

The possible remedies for the expansion of technology are many. Data democratization is a way forward in which the concentration and autocratic grip of all data chains can be diluted into different units by breaking down big data like Google and Facebook. For example, the Rockefeller Oil Company was diluted into 34 companies when it became a giant holding all the oil supply in Europe. Along the same lines, Big Data can be distributed across different units for democratization purposes. Second, strict government regulations and oversight mechanisms can be used to control AI research. The expansion of computing must be controlled and ethical, otherwise it can pose a potential threat to humanity.

Modern information technology has changed human life in general, but the flip side of negative outcomes cannot be overlooked. Ethics and innovation must be balanced, otherwise companies will monopolize all data and all algorithms for ulterior motives. Advances in technology present significant opportunities for the progress and advancement of human beings from nuclear deterrence to communication. But the long-term negative consequences are many, which has proven modern technology to be a curse rather than a boon. It is high time across the world to reconsider the ethical side and the controlled expansion of information technologies before they become an uncontrollable fact for the survival and sustainability of human beings in the 21st century. The balance between expanded technology and human growth must be discerned in contemporary times.